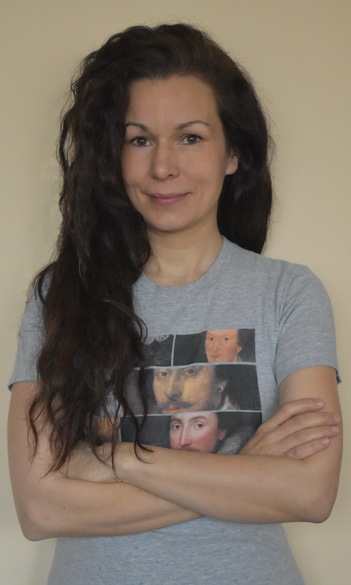 I was born in Budapest in 1979; I graduated from the Hungarian-English department of Eötvös Loránd University. After graduating, I obtained a PhD degree from the doctoral program of Renaissance and Baroque English Literature at the Doctoral School of Literary Studies of ELTE.
I am most interested in drama adaptations(mainly rewritings of Shakespeare’s plays), I devoted my dissertation to this field of studies (title of dissertation: The Pattern of All Patience - Adaptations of Shakespeare’s King Lear from Nahum Tate to Howard Barker; supervisor: Géza Kállay).
I have been teaching and researching at ELTE since September 2018.

I find adaptation research to be a very productive field. Besides stage and film adaptations I am mainly interested in drama rewritings with an author and a canonical position of their own, and the consequent development of the Shakespeare reception and canon with the cultural-historical mechanisms that may underlie these adaptations.
The dramatic rewritings of King Lear and Macbeth are now in the focus of my research and I’m most interested in prequel and sequel texts, which prove to be very exciting and particularly accessible for students as well, due to the pop cultural significance of the genre. Adaptations of this kind seem to be especially motivating in the understanding of Shakespeare texts, which are sometimes more difficult to process for students.
I am also interested in the teaching methodology of Shakespeare’s texts (both for secondary-school and BA-MA university students), and the study of adaptations and rewritings proves to be quite fruitful in this area as well.