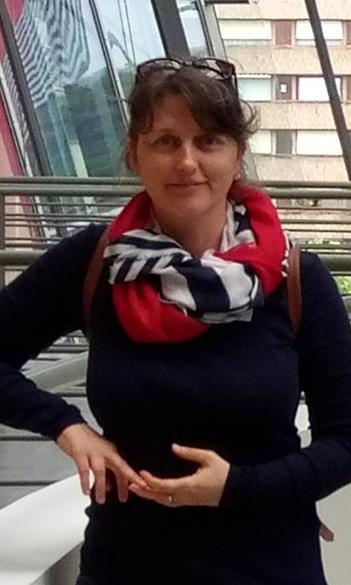 I received an MA in English Literature with Irish Specialization at the School of English and American Studies (SEAS), Eötvös Loránd University (ELTE), Budapest. I was awarded a Ph.D. in English (Irish Literature) at the School of English, Queen's University Belfast, Northern Ireland. I am an award holder of the Hungarian Scholarship Committee at University College Dublin (2001), Ireland, and the recipient of a Government of Northern Ireland Ph.D. research scholarship at Queen's University Belfast (2004-2008). I have been teaching at SEAS ELTE since 2010, and served as Head of the Student Research Group (TDK) at DES between 2011 and 2017. I was on the Student Research Committee of the Faculty of Humanities, Eötvös Loránd University between 2012 and 2016. I have supervised many BA and MA thesis and I am currently supervising a doctoral thesis on contemporary Irish women's poetry. I am a founding member of the Budapest Centre for Irish Studies (BCIS); Board Member of the European Federation of Associations and Centres of Irish Studies (EFACIS) and founding member of the Diversity and Inclusion Committee of the Nineteenth-Century Studies Association (NCSA/US).

My main research interest is the period of the Irish Literary Revival (1880-1930), particularly Lady Gregory and the drama of the Abbey Theatre. I am interested in the intersections between the visual arts, literature and politics. I have published a book and numerous articles on this chapter of Ireland's cultural history. I also teach and research film adaptations of Irish literary works and historical events, using postcolonial, adaptation and gender theories. Over the years, I have organised many conferences and workshops, including the Yeats 150 Conference (2015) and the events of the Researchers' Night (2013 and 2015). I am currently working on a new book-length study on the Irish Revival.