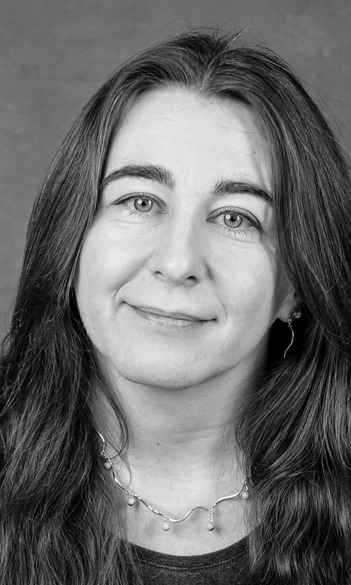 Besides teaching and research obligatory at the university, I also work as a poet, literary translator, and editor. I graduated from Eötvös Loránd University as an English major (2002) and as a Hungarian major (2003), receiving my PhD degree there too (2014). Both of my thesis papers were written about contemporary poets – Galway Kinnell in English and László Villányi in Hungarian – whereas my PhD dissertation examined the functions of irony, self-irony, and humour in twentieth century Jewish American fiction; the book version of the latter was published in Hungarian under the title Kétkedők. Between 2002 and 2005, I worked as a civil servant, later as a freelance translator and university lecturer at Corvinus, Károli Gáspár Reformed University, and Pázmány Péter Catholic University, then as an editor at Móra Publishing House from 2017 to 2020, and I have been employed full time at the English Department since 2018. My awards for poetry: Gérecz Attila Award for the best first book of poetry under the age of 30 (2005), Award of Excellence in Poetry by the magazine Mozgó Világ (2010), Radnóti Award for Poetry (2014), Déry Tibor Award (2015); besides, books edited by me won the Best Book for Children Award by HUBBY (Hungarian Board on Books for Young People) twice: Csücsök, avagy a Nagy Pudinghajsza by József Keresztesi (2019) and Ribizli a világ végén: Régi magyar mesék mai gyerekeknek by Csenge Virág Zalka (2020). Numerous stipends allowed me to study or work abroad for various lengths of period: in Heidelberg (1998), Beloit (1999), Berlin (2010), Stockholm (Paideia, 2015-1016), Prague (Visegrád Residency, 2016), and I also receive grants in Hungary: Móricz Zsigmond Grant for creative writing (2000), thrice from the  National Cultural Fund (2011, 2016, 2019), and Babits Mihály Grant for literary translation (2013). In 2010, I joined both the Society of Hungarian Authors and the Association of Hungarian Literary Translators; within the former, I am also member of the feminist forum SZÍN, and I was the vice president of the latter between 2013 and 2017. In my work, I am devoted to connecting diverse fields within literature: the historical approach and contemporary literary life; theory and practice; and literary texts produced in English and in Hungarian.

My current focus of research is the oeuvre of George Szirtes, which allows me to rely on experience gained in numerous other fields. Since my studies at the university, I have been most interested in contemporary poetry, and the greatest number of my publications reflect on texts by contemporary Hungarian, English, American, and Jewish authors. Besides, Szirtes as a literary translator contributed a lot to the English translation of Hungarian literature, so I can also make use of my knowledge gathered as a practising translator as well as the teacher and researcher of literary translation. Apart from contemporary poetry and literary translation, the third prominent field of interest for me is Jewish literature in English, a subfield of which – Jewish American fiction rich in humour and irony – was the topic of my PhD dissertation, and which is also relevant to Szirtes for he is an English poet coming from a Hungarian Jewish family, who addresses the issues of identity both in his biography about his mother and many of his poems. In addition to these three main themes, I also study and teach children’s literature, crime fiction, creative writing, and some wider or more theoretical fields related to the ones mentioned above (modern and twentieth century poetry, theories of irony, autobiography etc.).